In 2020, Austin Republican Women (ARW) celebrated its 65th anniversary year. Established in 1955, ARW’s founder and first president, Beryl Buckley Milburn (1920-2014), once remarked that when early planning began in 1954, finding 10 women in Austin who would “admit to being Republicans” was akin to seeking a needle in a haystack. Social embarrassment and economic hardship were real concerns. Yet in early 1955, the tenth member was finally recruited, and the first Austin Republican Women’s Club in the “heart of Texas” became a reality. That then qualified ARW to help establish and become part of the Texas Federation of Republican Women (TFRW).1

Now more than 65 years later, ARW is the oldest and largest Republican women’s group in Central Texas with a roster of members in the hundreds who can now boldly boast they’re Republicans. Getting here wasn’t easy. When ARW formed in 1955, Dwight Eisenhower was the U.S. president; Democrat Allan Shivers was governor of Texas (1949 to 1957). By 2020, and counting Shivers, 33 Democrats, one Republican and one Republican Unionist had occupied the governor’s office since 1845, when J. Pinckney Henderson was elected the state’s first governor.2 That’s an unimpressive 33-1-1 record but after all, in 1955, Texas was still the “Democratic South.”

ARW’s early years were tough. There was little money. Meetings were held at members’ homes. When it came to political process, the learning curve was steep but not insurmountable. Great progress was made. In 1961, John Tower took office as the first, elected Republican U.S. Senator in Texas since the Reconstruction years of the early 1870s. He served for 24 years.3 During Nixon’s 1972 bid for a second term, daring ARW members stood campaigning on Austin streets. Ann Downing, 1972 ARW president, recalled, “we were enthusiastic, convinced that with the next election, we would push Texas into becoming a two-party state!!”

In 1978, facing spiraling inflation and campaigning on a promise to reduce taxes and cut the size of state government, Bill Clements became the first Republican governor since Reconstruction, and the only one to be elected to a second, non-consecutive term. When Sen. Tower retired in 1984, Phil Gramm held on to that Senate seat. In 1993, Kay Bailey Hutchison became the first woman and only the second U.S. Senator from Texas. George W. Bush won the governorship in 1994,3 and later served as U.S. president, 2001 to 2009.

According to the Handbook of Texas (Republican Party), published by the Texas State Historical Association: “At the beginning of the 1990s, some analysts concluded that Texas had not only developed a vigorous two-party system but that the state had also become primarily Republican. After 100 years as a minority party, the Republicans had become a majority.”4 By the time ARW celebrated its 50-year anniversary in 2005, Republicans held all top elected offices in Texas, all seats on the Texas Supreme Court and Court of Criminal Appeals, and majority of seats in the Texas House and Senate. Rep. Michael McCaul began serving his first of what would be eight terms in Congress. ARW’s 2005 President Kay Butchko announced to members, “You have made an impact; you changed the face of Texas politics; you have worked for better governance; and you have made wonderful friends along the way.”

As of 2020, ARW celebrated another milestone anniversary – the 65th. Three different Republicans (Bush, Perry and Abbott) have held the governor’s office since 1995 – that’s 25 years and counting. President Donald Trump had been in the White House since 2017, and was seeking a second term. Unapologetic Republican “Deplorables” worked hard in Texas to get him elected and to help him “Make America Great Again.” 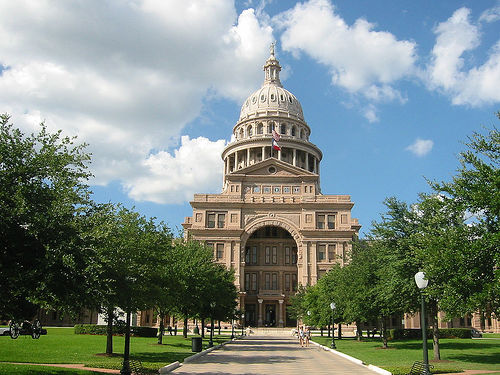